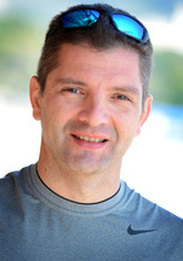 Captain Doych
Doychin first discovered sailing at the young age of twelve. His first regatta was on an Optimist and Cadet, both as skipper and crew. In the following years Doychin gained broad experience on a variety of sailing boats and weather conditions. In 1998 Doychin and friends founded an NGO called Friends of the Sea.

One of the main goals of the organization was to encourage young people to explore marine sports and carriers. Under that organization Doychin started The Summer Marine Academy for High School students. From 1998 to 2002 Doychin organized and lead a number of sailing expeditions exploring the Black and Mediterranean Seas. Twice he sailed with no engine trough the Bosphorus and Dardanelles using only a map and a compass for navigation.

All the sailing and docking was done under sails without the use of an engine. From 1998 to 2001 Doychin leased a beautiful 50 feet steel ketch, used it for teaching sailing and expeditions. Doychin’s experience and seamanship combined with his deep respect to the marine environment will make every sailing trip a pleasant and safe learning adventure! 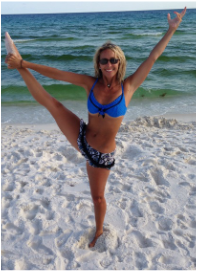 Her unique and energetic approach has made her one of the most sought-after instructors.  Lori challenges students to "find their personal edge" within a welcoming environment. ​

Lori is a 3 time Lululemon ambassador and has taught for thousands in MLB stadiums to unique settings like the purple people bridge in Cincinnati,OH. 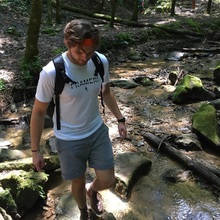 Mitko Karshovski’s fascination with adventure began at a very young age. As a boy growing up in Varna, Bulgaria he would often spend hours at the city docks listening to sailor’s stories. At night he would fall asleep reading authors such as Hemingway, London, and Tolkien.

As a young man Mitko has spent countless hours backpacking in Kentucky and Ohio and he is an avid sailor and swimmer. He is also a long time traveler having visited most European countries and spent time in exotic locations such as Istanbul and the Bahamas.

In 2015 Mitko started Access Adventure Co. in order to break down the common barriers that people face when venturing into the outdoors.
​
Disclaimer
Home | Sitemap